Thank you for your interest in supporting the life-saving relief efforts currently underway in Ukraine.  Please read the message below from the President of the San Diego County Prosperity Institute, Steven Moore – or “Stepan the American” as he is known in Ukraine – and make your donation today!

Hey friends, I am in Ukraine helping to save lives. I need your help to continue.

I lived and worked in Ukraine in 2018-2019. While I was there, I developed a sizable network of really great friends – they call me Stepan, the Ukrainian version of my name. Many of them were unprepared for Putin’s invasion.

At this critical time, I have the freedom and skillset to help friends who are fighting for survival. This is not my first war zone. I was one of the first wave of civilians into Iraq in 2003 and ultimately spent two years there. Democratic Republic of Congo and East Timor are both places I have called home.

The Monday after Putin invaded, I landed in Europe and hired a car to drive me to the Ukrainian border. I called some of my Ukrainian friends to pick me up and I have spent most of the time since then in a Ukrainian city. I rented an apartment – itself not an easy task with the flood of people fleeing Kyiv for relative safety – and sent out word to my friends and their friends that I had a safe place for them to land.

Since arriving in Ukraine, I’ve helped get some 70 people to safety, most of them friends. I’ve done all this out of my own pocket. I have spent enough money to buy a car, even at today’s inflated prices. To help keep my friends alive, this is well worth it. I can’t imagine a better thing to spend my money on.

If I can get more funding, I can help more people. Essentially, we have built a machine that gets people out of the dangerous parts of Ukraine to a safer part of Ukraine or across the border, if they choose. The machine also works the other way. We can get equipment and supplies from the US and the rest of Europe into the hands of people who need them in Ukraine’s hot spots. We call it the Ukraine Freedom Project.

Here are a couple of projects the Ukraine Freedom Project is working on:

Please take a few minutes and donate now. Thanks for taking the time to read my story.

When Steven’s work is done and he returns home safely, we will post a full accounting of the contributions received/expenditures made on this webpage.

Any amount you choose to give would be greatly appreciated. Funds will go toward medical supplies, food, transportation, shelter and other emergency needs. We will provide updates on Steven’s efforts as often as possible.

Non-monetary donations are being handled separately; if you are able to contribute medical supplies please email info@sandiegoprosperity.org and we will coordinate accordingly. 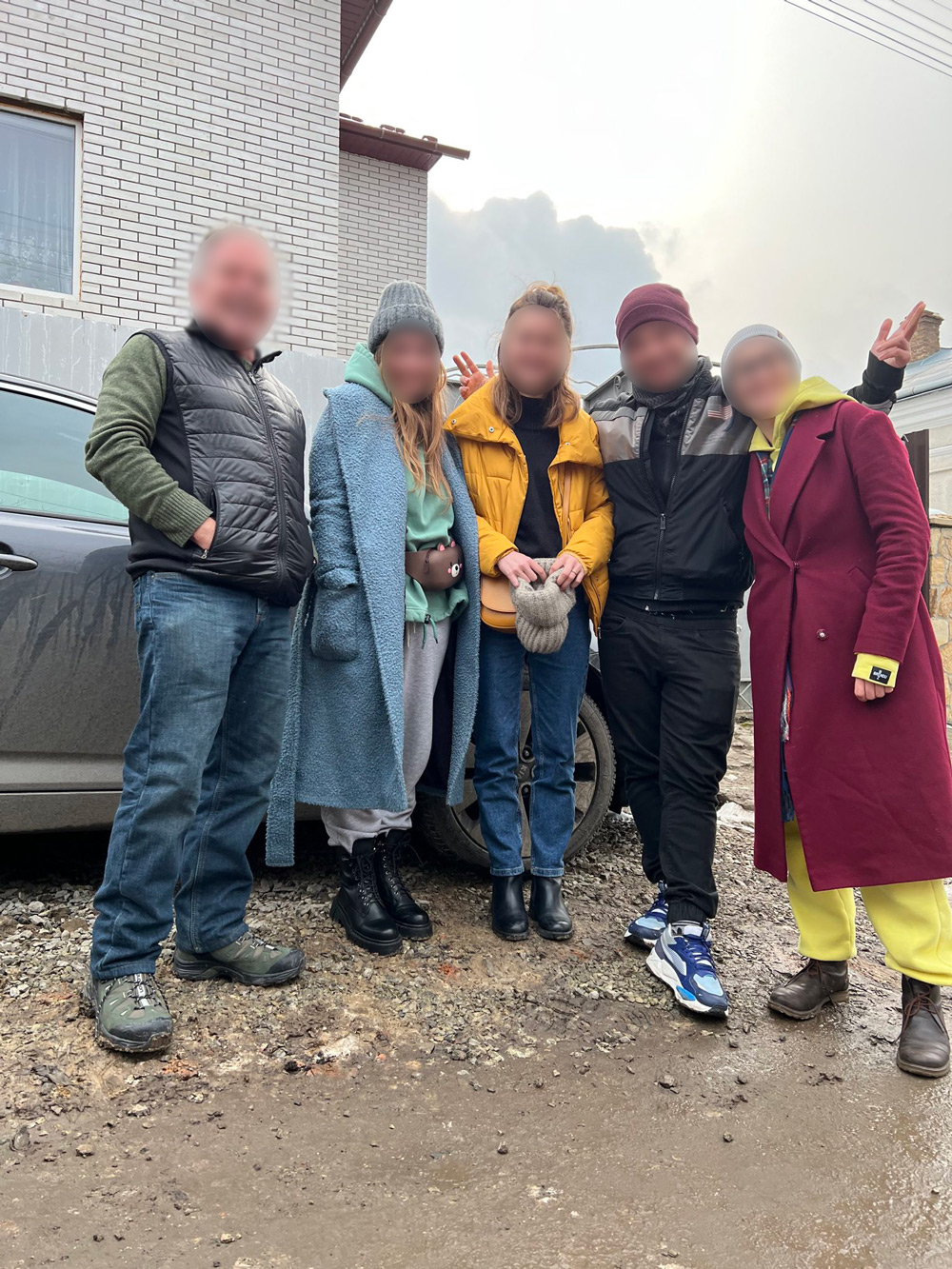 From Stepan: “This is N*** and K***. They are 20 year old college students. They came in from Kyiv with their family. I picked them up in a city about 4 hours north of the border and brought them to our safe house. They spent the night and I took them across the border in the morning and put them in a taxi to an airport about an hour away. They are now in Italy with friends.“ 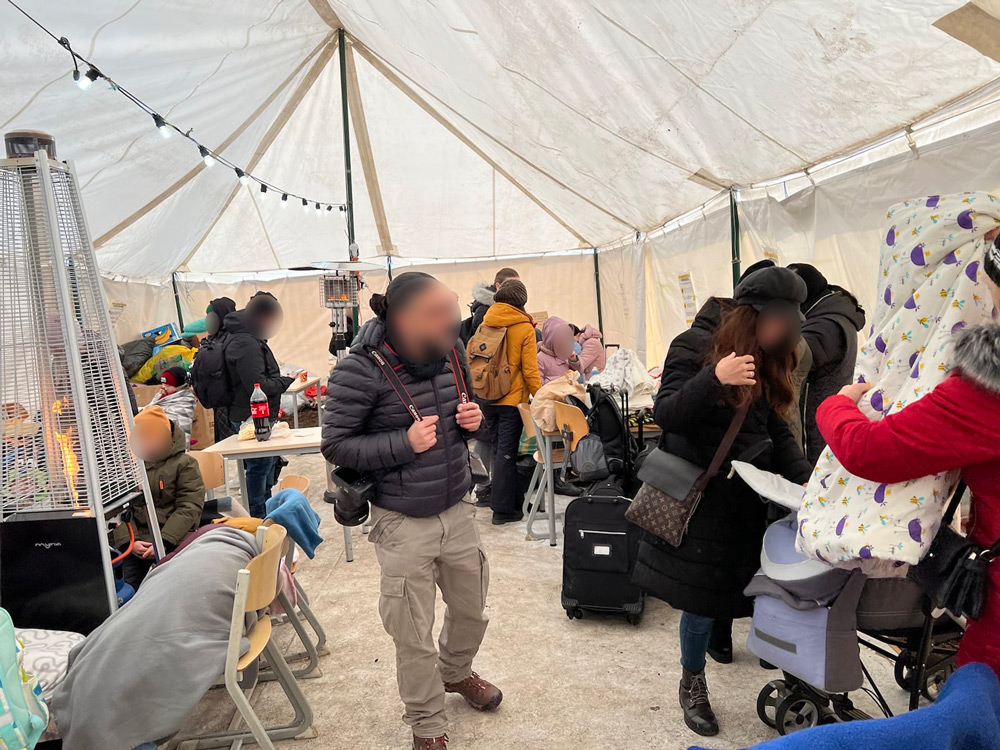 From Stepan: “Refugee tent on the Romanian border. The place is crawling with media.” 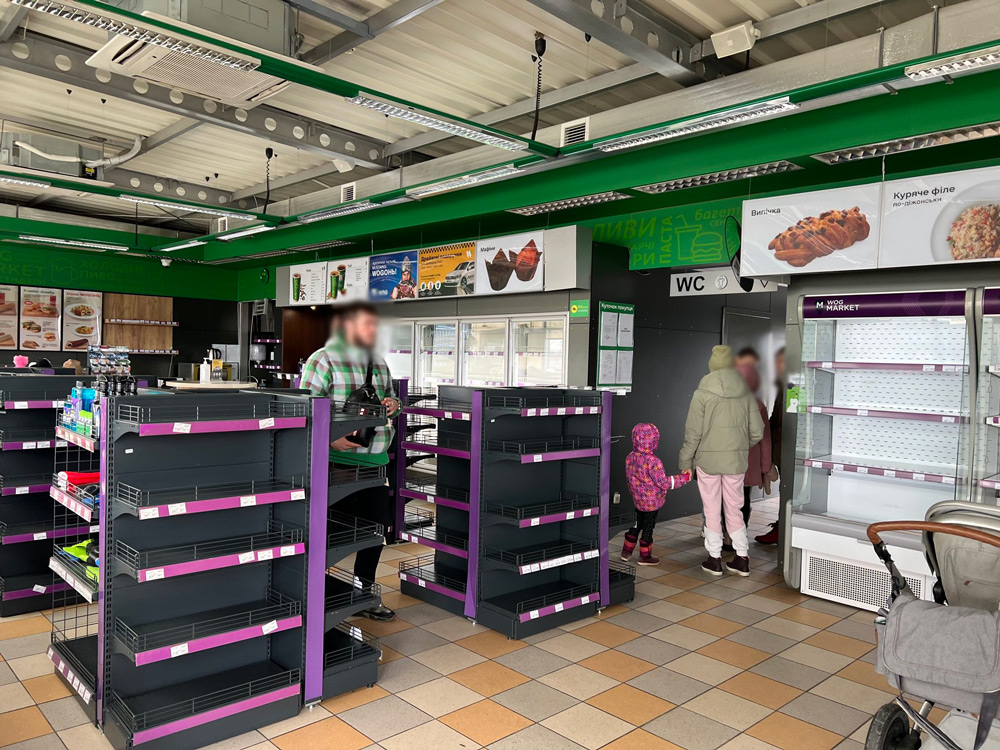 From Stepan: “This is a market about 1km from the border. Notice the empty shelves.“